Next year will mark the 50 years anniversary of my first to the 24h race which will call  for some serious celebrations together with my friend Chris who actually initiated this epic weekend. 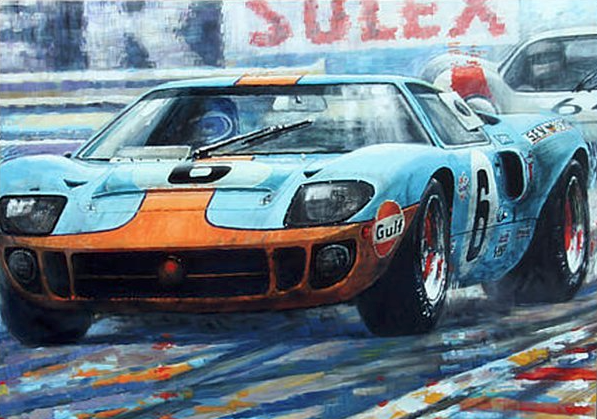 Chris turns up from England at our house near Paris as planned. Not too sure what happened that evening but going out with my friends was the most likely scenario. Our planned escapade to Le Mans was kept a secret due to the fact that it was the 1st communion weekend for my younger brother and family and family friends were turning up from all over France for the celebrations.

Everybody is dressed for the occasion, ready to go to church ceremony. I have to follow my parents. However at the church, as expected, there is such a crowd that I can easily get away unnoticed. My friend Aline is waiting as arranged round the corner and she gives me a ride home a couple of miles up the road on her moped. We meet up with Chris and Brigitte. Time for me to change and finish packing my rucksack.

The girls give us a ride to the local train station without forgetting to stop at our local grocery store to purchase a few provisions on my parent’s account.

Second step: The 3 hours train ride from Paris to Le Mans. It was a dedicated train scheduled to arrive a couple of hours or so before the race start. And indeed it did.

Third step: The bus ride from downtown Le Mans to the track. Again, dedicated buses dropping you at the track entrance.

At the track: The tickets are bought in a jiffy and inside the track we walk in. What an atmosphere! The place is full of people. There is smoke everywhere and unexpectedly, the predominant smell is the one of merguez grilling on the dozens of barbecues along the ways. It used to be the main source of food and has completely disappeared in the meantime.

I cannot remember where we were to watch the start. I believe it might have been on Brit’s hill. It became one of our favorite spot for years to come. Brit’s hill was the nickname given to a spot at the Esses de la Foret.

The start was kind of special because it was the penultimate “Le Mans start”. Starting in 1971, the “Rolling start” also known as the “Indianapolis start” became the rule for safety reasons. 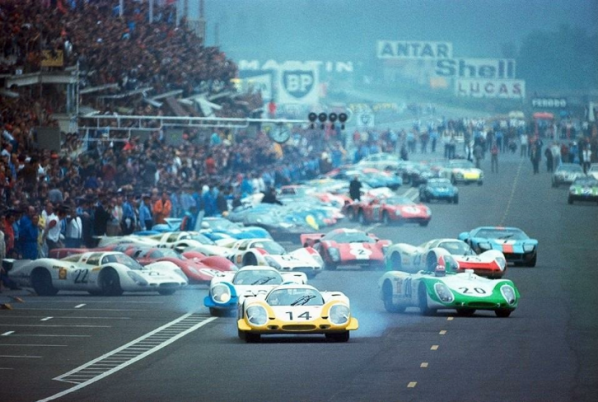 After the start we decided to go to the Hunaudières more or less midway down the famous straight. No chicanes in those days. We made our way from the Tertre Rouge crossing fields, climbing fences, following paths always with the roaring sound of the cars on our right showing us the way to a certain extent.

We had the crazy idea to try and go to the trackside. One has to remember that in those days there was hardly any protection. Only straw bales on both sides of the road. So only certain areas were allowed and closely watched by the gendarmes. Anyway, decision is taken to make a dash for it. One look to the left, one look to the right and we ran like crazy towards the track. We did not get far…  A loud whistle told us we had been spotted. We had to walk back to the path to a fairly angry gendarme.

Not too sure what made me do this, but I pretended we could not understand french. Easy thing for Chris to do when he showed as requested his passport which was British. However mine is French. Nevertheless I kept talking to him in English. He was not amused. He eventually let us go with a stern warning.

We made it to the restaurant in the middle of the straight. Not too sure if we ate there. Most certainly we had a drink and a rest and enjoyed seeing the cars flying by a few meters away. What a noise.

The fastest speed during the race of 319km/h was reached by the new Porsche 917. To me the best noise was from the Matra V12 engine. Absolutely amazing.

Night time came and it was getting cold. We decided to make it back to the village. It was dark then and negotiating the fields, fences and what we considered at some point was a lonely and nasty bull was quite challenging. It was taking a long time. We walked and walked and walked.

We stopped for a break under a big tree and I think we had a couple of hours kip. Rain / dew and cold woke us up and we had no choice to try and find our way to the village. It was dawn and I remember well sitting on a bench under a tent in a bar drinking hot chocolate to try and warm up.

Another delight in those days were the latrines or should I say the lack of. We learned a lesson there and dealt with this on later trips. Things are slightly different now but I would still recommend some caution and good planning to new comers.

There was a race still on and that is what we were here for. In the end, only 14 cars finished. We saw Jacky Ickx win the race.

It is interesting to note that the pole position was obtained with a time of 3’22″9. In the meantime the track has changed slightly with additional chicanes but this year (2018) qualifying time for the LMP1 Rebellion was basically the same.

Also interesting is that the Alpine (Sport Prototype) which finished 12th had a 1005cc engine.

Late afternoon we did the exact reverse trip (bus+train+train) back to my house. We were tired, possibly dirty and in my case quite worried of the reception I would get from my parents as a result of disappearing as I/we did.

It is with a lot of apprehension that we opened the door to find my parents and guests + family having dinner.

“Where were you” said my mother

We sat down, had a glass of wine and I did not here another thing about it (until years later that is). 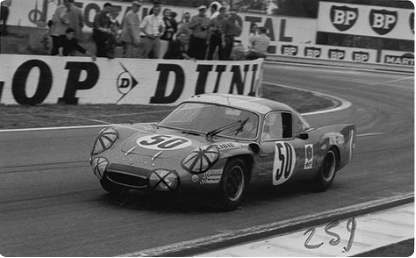 Recent Posts: I do it my way